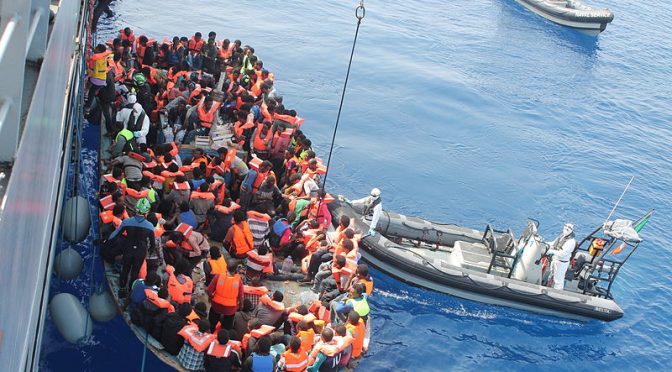 I think all of you have heard about the current refugee crisis in Austria that started in 2014. It is a hot topic in Austria but also in other European countries and there are a lot of different opinions about this issue.

What is it like being a refugee?
Most refugees flee from war-torn countries where there are no proper health systems, no education and destroyed infrastructure. Furthermore, most of these people are very poor and want a future for themselves and their children. They decide to flee and often experience horrible things on their way to the European countries. For example, a lot of them have seen people drowning or have lost one of their loved ones. When they finally cross the Austrian border most of them are traumatized by their experiences.

The refugees are seeking acceptance, which isn’t very easy. A lot of people in Austria have a very ignorant view of Islam, because they have never informed themselves about this religion. Instead, they focus on the stereotypes that political right wing parties like the FPÖ are drumming into their minds. I think instead of alienating all Muslims we should try to work together as a united Austria and try our best to help the refugees.

Of course the refugee crisis, is a very hot topic in Austrian politics as well. In the presidential elections we have seen a very new face of Austrian politics. In the second round a left-wing party candidate, Van der Bellen, was elected by a narrow margin. In the second place there was Norbert Hofer, a candidate of the right wing party FPÖ. Experts are talking about a divided Austria, because the opinions on political issues, like the refugee crisis are very different in those two political camps.

I’m very glad that Van der Bellen is our new president, because he is a good representative of Austria in foreign countries. Moreover, he is very experienced in politics and wants to unite Austria so we can solve problems as one nation and together with the EU.

I hope that something will change and that the refugees will be accepted and integrated in our society. Furthermore, it would be important to inform ourselves about Islam and what it is like to be a refugee. I hope all together we can do the right thing and at least make the plight of the refugees a bit easier.