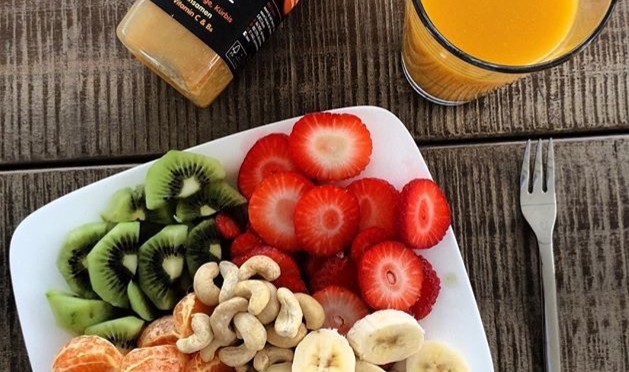 I have always loved writing, but only in my notebook where I was the only person allowed to read these texts. Now I have the opportunity to write about a topic, which is important to me, with people who have the same interests as me. They will join and read what I think. Ops, what we think.

You are probably asking yourself: “Why is she so motivated?” or “Can’t she finally say what she is writing about?”. So, here it is: Vegetarian and Vegan Lifestyles. Believe me or not, this is a topic that I haven’t been able to get out of my head for half a year now. Let me tell you what I know and what I have experienced.

I have been “struggling” for a year now because I was comparing the way I looked with the way the models in fashion magazines looked. I would ask myself why I didn’t look like them, although I was spending so much time exercising. I was saying to myself that I ought to look like these models, so people will like me more. Most likely, you are thinking that THIS is a really funny and stupid decision of mine. But is it? I was bullied by people who used to be my friends. And I was really hurt by their “opinions” and I started thinking the way they wanted me to. I was no longer the girl I used to be- confident and always smiling. After a year of this horror of everyday “terror”, my family and I finally moved away. After we had moved, I started dieting, again, because I was scared that people would not like the way I looked.

I couldn’t go on like this forever, so I just gave up. I did a little research… I looked for different ways to keep my body in good shape. At that time, I did not care about anything, concerning food. I ate anything, at any time. But one day I started reading many articles and watching many videos about vegetarian and vegan diets, or shall I say… a vegan lifestyle. At the beginning I did not understand what its main point was. To put an end to bad habits and stop eating things I liked? Things I liked? What did I actually like? I did not know. So I gave the vegetarian diet a try. And this happened overnight- I totally refused to eat meat, well, almost.  I still ate fish.

In the beginning, I did not tell anybody, because I was scared that no one would support me and my decision. But after a week of saying: “I don’t feel like eating meat” or “I am not hungry for meat. or “I prefer salad”, my parents thought that something was up. My father was the first one to realize that I was trying to be a vegetarian. From the start he was really supportive, while the rest of my family was not. They continued saying that I need proteins and that I cannot save animals like that and so on. I was thinking all day long, but I was never honest, neither with them, nor with myself. I was just trying to keep it a secret.

However, later on, I realized what I was actually doing and I started to like it even more. I was no longer part of the community paying other people to kill our own friends- the animals. I realized what I started doing- being a member of this big group of people, trying to be a REAL friend and trying not to eat other creatures. Then, I felt guilty for eating animals and I wanted to apologize, but I did not know how. After three or four months of being a vegetarian, well half a vegetarian, I realized that I was STILL eating meat- fish. I wanted to stop eating animals, but I did not stop immediately. This process was slow. Actually, my father bought me fish to keep them as pets. I was so in love with them, because they were so graceful and innocent. Unfortunately, they got ill and almost every fish I had – died. I felt horrible when I had to take the dead fish out of the fish tank. So, that’s how I refused to eat fish. 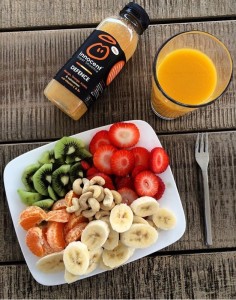 I have been a vegetarian now for eight months and I am feeling better than before, cleaner too. I started a new “challenge”: the vegan lifestyle. You can’t believe how delicious vegan meals can be, but also how hard it is to be a vegan. I am not only talking about food, I am also talking about other people’s questions. For example: “Why don’t you eat milk products, what is the point?”, “What is this all about? How can you actually save animals or at least…protect them?” or “If you really love animals so much, why do you eat their food?” Stupid questions, right? You can’t believe how much this makes me angry. Actually, you can’t believe how much they piss me off, these people. I think that I don’t want to be a murderer, I don’t want to eat corpses, I don’t want to take part in this and some people are so annoyed by my decision, without even knowing why. In addition, being a vegan is hard, especially when you are on holidays and you stay in a hotel or go to a restaurant. There are not many things that you can choose from, especially for dinner. Yes, there are disadvantages, but I am not saying that it is extremely hard to be a vegan. No, it is not! In supermarkets, you have a variety of vegetables, fruits, rice, beans, nuts, vegan milk, vegan ice-cream,  soups and so many other things to choose from. And let me tell you, being a vegan isn’t bad at all. But sometimes, it is a little bit hard for me. I havea family that eats everything, but I do not. It is hard to sit around the dinner table and see chicken, beef, fish, cheese, cheese and more cheese. Being a vegan is a little bit inconvenient for me, because if I want to be a vegan, like really, really a vegan, I have to say goodbye to my favorite type of chocolate- the milk one. But sometimes sacrifices are worth it, right?

A vegetarian lifestyle, pay attention, I am not saying: “Vegetarian diet”, vegetarian lifestyle is an opportunity to realize that every creature deserves to live, no matter what. It is a chance to try something new, without harming our friends, the animals. Without wishing to bother you even more, I just want to say that this lifestyle made me appreciate and love myself the way I am.

To sum everything up, I started the vegetarian lifestyle because of my body image, but later, my opinion and aims changed. I am a vegetarian, because I decided that I don’t want to be a murderer. How dramatic does this sound? I decided to start a vegetarian lifestyle, because I love animals and if you love animals, why should you kill and eat them? A vegetarian lifestyle doesn’t only keep you in good shape, it also teaches you to love yourself and animals and to appreciate the world around you. I really appreciate that you have read this whole text and I hope that you now understand at least a little bit of my story. Tell me what you think in the comments below and I will tell you more about my experiences as a vegan in one of my next blogs.