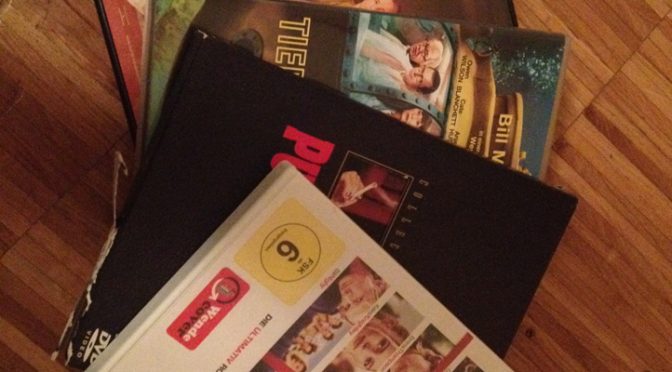 How much do Hollywood Stars really affect teenagers?
Every teenager knows them, the famous Hollywood stars. We watch their movies, we know everything about most of them, and most teenagers would freak out if they had the chance to meet one of them, but how much do Hollywood stars really impact our lives, and in what ways?
The thought occurred to me some weeks ago, when I realized how much the idea of meeting one of their favourite stars freaks some people out. I got curious and asked a few of my classmates some questions. The funny thing is, even though all of them said that Hollywood stars affect teenagers` lives in general (or at least some teenagers` lives) only one student admitted that Hollywood stars affect her life too. But even though I am a bit confused by that result, I would have given the same answers as most of my classmates did. Maybe my life is affected by Hollywood stars, but if it is, then only subconsciously. I also asked, in what way they thought, Hollywood Stars affected teenagers` lives, and the answers were mostly what I had expected.
Most of my classmates said, that Hollywood stars are role models for many teenagers. They try to copy their style, they want to behave like them, look like them, and their opinions are strongly influenced by celebrities. For example, if a Hollywood star says something negative about something or someone, some teenagers will probably copy this opinion. Of course, this puts a lot of pressure onto teenagers, who think they have to be like the Hollywood stars. It can, for example, lead to eating disorders, since most Hollywood stars are very thin.
But Hollywood stars are not only role models because of their acting skills or their looks, many teenagers also admire them because of their opinions, because they appear to be very nice, or because they are smart. Many teenagers dream about being a Hollywood star for different reasons. For example they want to be admired or they want to change something in the world.
I asked my classmates, how important Hollywood stars were to them, on a range of 1 to 10. All the answers except for one were lower than five. It of course makes a difference, whether you ask them how all Hollywood stars as a “package” have an impact on them, rather than how important their favourite Hollywood star is to them. When I asked this questions to three of my classmates, they said 9 and 6. The third one didn´t have a favourite Hollywood star. Yet I think that most people who don´t have favourite Hollywood stars and who do not actively try to behave like them, are affected by them subconsciously in one way or the other.
I asked my parents, and they said, that Hollywood stars influence teenagers lives indeed. Mainly because teenagers want to imitate them. They even play different sports if movies about sport are in the cinema. They also think that unhealthy diets are a big topic. I also asked them, whether they think that Hollywood stars influence my life, and they don´t think that they do.
My opinion to this whole topic is, that you shouldn´t let someone who you don´t know influence your life too much, but that is just my personal opinion. What do you think?