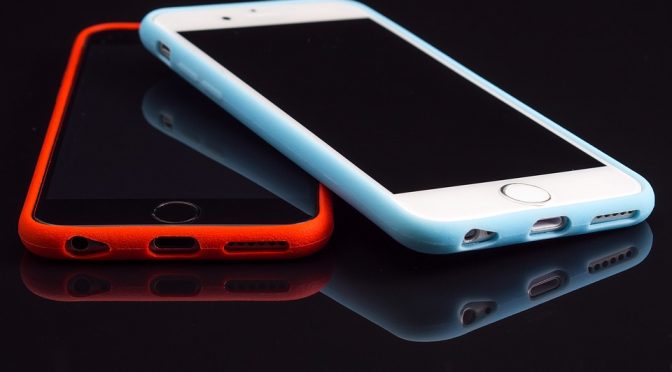 Nowadays, when you take the bus or walk around the city, you’ll quickly notice that a lot of people are running around staring at their phones not paying attention what’s happening around them. Especially adolescents constantly use their phones. To be honest, I’m probably a prime example of this group. My mother always asks me why I don’t talk to the people around me, why I always have to communicate with the people that are not around. Usually I ignore her or role my eyes. But thinking about it now, she’s totally right.

An American study [1]from 2016 found that 50% of the teens asked, between the ages of 12-18, confirmed that they’re spending too much timeaccording to their parents, playing on their mobile devices and 80% said that they’re checking their phones hourly. Experts are of the opinion that we need major changes in our society concerning this issue, otherwise, those kids will later have big problems in forming relationships without a mobile device.

Kids always want to be part of the “cool” group. A lot of the popular kids are always chatting on their phones and using various apps, being online seems to be necessary in order to be a part of that group. Unfortunately, this can also lead into the completely opposite direction. I’m sure everybody has heard of cyber bullying, which is actually even worse than bullying in real life, because you can be anonymous. Cyber bullying leads to people saying things, they’d never actually say in real life. I don’t want to say that those people who are bullied online wouldn’t get bullied if they didn’t use their phones, but it’s a lot easier for other people to interfere and stop the harassment in real life.

I think it is a problem, if teens prefer gaming indoors, alone, instead of going out with friends. Constantly being on your mobile device, being accessible, can harm an adolescent’s performance in school. I’ve experienced it myself, you’re constantly thinking about what’s happening at the moment on your phone and trying to study at the same time just doesn’t really work. If you should also face this issue I have got an uncomplicated but effective tip for you: just shut off your phone for some hours. It sounds very simple, and it works. It is important that studying and using your phone is separated in time.