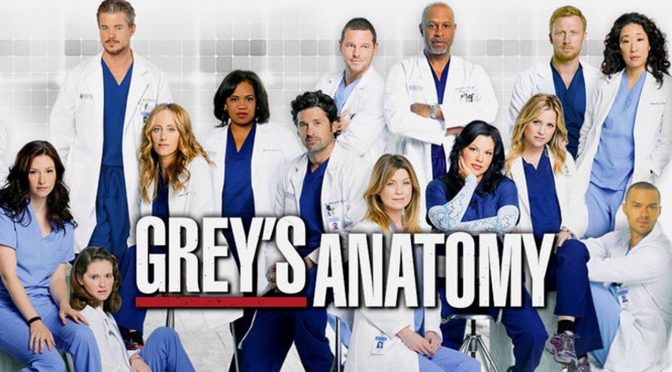 Do you often find yourself in the situation where you and your friends do not know which TV show to start next? If your answer to this question is yes, I have a few amazing options, for you to choose from, which I personally really enjoyed watching.

I am sure you have heard some people around you talk about Grey’s Anatomy before, that is because it is one of the most watched television shows. It is also one of my personal favorites, because it has many plot twists, which make you want to keep watching. Additionally, in my opinion, the cast is very well chosen and it comes across to the audience as if they are real surgeons. If you have never heard of this show, or you want to know more about it, I have provided you with a little bit of information below, which does not give too much away.

Grey’s Anatomy is a medical drama telling the story of a surgeon, named Meredith Grey, the daughter of a very influential and famous surgeon, named Dr. Ellis Grey. During the series, Meredith Grey has to overcome both professional and personal obstacles, along with other surgeons, at the Seattle Grace Hospital.

The first season came out on March 27th 2005. It is an American show. As mentioned above, the whole show is about a surgeon, named Dr. Meredith Grey, who is played by Ellen Pompeo. The original cast consisted of nine members, including: Ellen Pompeo, Sandra Oh, Katherine Heigl, Justin Chambers, T. R. Knight, Chandra Wilson, James Pickens Jr., Isaiah Washington and Patrick Dempsey. However, this cast has changed a lot throughout all of the episodes, because some characters left and were replaced by new ones.

Grey’s Anatomy is known almost everywhere, because it appears on TV. Also, you might have come across it on Netflix or Amazon Prime. Currently, there are 13 seasons, which consist, in total, of 278 episodes that are always 45 minutes long. If you enjoy watching medical shows, this should definitely be on your list!

Gossip Girl is an American teen drama, TV series, which started airing on September 19th, 2007 and stopped on December 17th, 2012. The series tells the story of the lives of upper-class teenagers living in Manhattan’s Upper East Side.

Gossip Girl starts with the return of the wellknown it girl, Serena van der Woodsen, who was played by the actress Blake Lively, from a “mysterious absence.” Gossip Girl, which is a blog website where anonymous news about the teenagers get posted, reveals that Serena has been away at a boarding school, in Cornwall, Connecticut, but not everyone is glad that she is back. Besides Serena, there are many other teenagers who face challenges and also are posted about on this mysterious blog. The blog helped the teenagers find out secrets about each other, but towards the end of the series, they want to find out who is behind this website and take it down.

The cast of this show includes: Blake Lively, Leighton Meester, Penn Badgley, Chace Crawford, Taylor Momsen, Ed Westwick, Kelly Rutherford, Matthew Settle, Jessica Szohr, Kaylee DeFer. There are six seasons to watch, with 121 episodes, which are about 45 minutes long. If you like TV shows in New York, then Gossip Girl is perfect for you!

Another show is Pretty Little Liars. Pretty Little Liars is an American teen drama, mystery–thriller television series, which first aired on June 8th, 2010. Since last year, it was said that the last season will come out in 2017.

The series is set in a small town, named Rosewood, Pennsylvania. The show shows the lives of five teenage girls, named Spencer Hastings, Aria Montgomery, Hanna Marin, Alison DiLaurentis and Emily Fields. This friend group falls apart after the sudden murder of their leader, Alison. One year later, the left behind friends –  Spencer, Aria, Hanna and Emily – see each other again at Allison’s funeral. Shortly after that, all 4 girls begin to receive text messages from a mysterious person, named “A”, who threatens and tortures them, for all the things they did wrong before and after Alison died. The girls are currently on the run and are trying to find out more about their friend’s death and, more importantly, who “A” is.

This is definitely a good show for you if you like thrillers and dramatic shows. Each episode includes scenes where the girls have a short appearance with “A” and have to find ways to escape difficult situations. This show makes you want to see all of the episodes at once, because you will not be able to stop.

I hope you could get to know a TV show that you did not know yet and would like to watch.