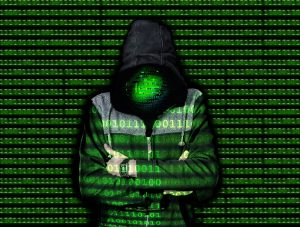 We hear about it in the news sometimes, and the internet is full of horrifying stories, which should prevent you from accessing it. But what is the dark net, and are the preoccupations justified?

In fact, a so-called “ dark net “ or deep web, just describes a peer-to-peer network. This means that all computers within the network are equal and allowed to either share or access data. Nevertheless, most of us think about it as something dangerous that must be abandoned. You can visit the dark net via a Tor server. With this kind of connection, your data is not directly forwarded to the website, but is passed on to two other servers, where it is encrypted. Therefore, you stay anonymous and do not have to worry about being traced if you purchase something illegal.

Undoubtedly, there have been some major incidents concerning the dark net. It is true that the terrorist attack in Munich was carried out with a gun from the deep web. Also, the distribution of drugs is happening on this platform. In actual fact, it is a place where you can find everything you want.

In my opinion, the dark net should not be banned, because it also has a few  important positive aspects. With the help of the deep web, people in conflict areas are allowed to communicate with the outside world. It is crucial for places, where the normal internet is either forbidden or censored. In such countries, the dark net could help to enlighten and educate the society. Furthermore, to discard it would not change anything concerning the gun and drug market. The location of trafficking would only move to another platform.

On the one hand, the dark net offers firearms and drugs, but on the other hand, it is a very important tool for political activists, who can use it as an encrypted communication medium. In addition, it is questionable if its destruction would contribute anything positive to the fight against crime.