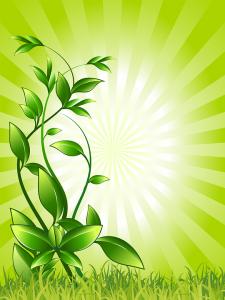 Since I’m vegetarian I also tried being vegan for a while. Being vegetarian, which means not eating any meat is easy for me, since we never ate a lot of meat in my family and I’ve never wanted to eat an animal, which makes one also partly responsible for it getting killed. So in my opinion being vegetarian is much better than eating meat. But what about avoiding everything which comes from animals? Is it bad for animals if we eat things like milk, yoghurt, cheese or eggs? Most of the animal products, except meat or leather, don’t hurt the animals if we take them. So is it really better to be vegan, not only for the animals, but also for our environment?

Since most of the people that are vegetarian don’t eat meat because they want to do something good for the animals and not because they don’t like it there are many products to replace meat, mostly they are made of soy beans or wheat. These products are much better because they contain even more proteins than meat but no saturated fatty acids. These products don’t contain many vegetable substances though, because the original soy or wheat gets changed so much for the right taste, that there are many food additives and flavour potentiators. When these products are produced a lot of energy is needed and a lot of nutrients get lost during the process of production. Another thing is that the base of many vegan products (for example tofu, milk and other milk and meat products), the soy beans are often imported from very far away. Especially coconuts and palm oil, which are also often used for these products are always imported.

So obviously it seems that vegan products are not at all good for the environment because they are produced very badly and the soy gets transported from far away. But on the other hand: what about the meat? Most people think that it is better for the environment to eat meat which is regional. But there is one fact that makes eating meat even worse than eating any vegan product. Many animals, especially cows, pigs and hens are mostly fed with soy because it has many proteins, and unlike the soy in the vegan products, this one is often genetically manipulated. In Brazil there are huge plantations of genetically manipulated soy.The working conditions there are horrible and the land was taken away from the indigenous people who live in this places. What is left is a lot of useless land on which nothing can grow anymore. And the worst thing is that companies don’t have to inform the customer if the animal you eat was fed with genetically manipulated soy! Although Brazil and the United States produce the most soy beans, there are more and more soy beans also planted in Europe, where genetic manipulation is forbidden. In fact, only less than one fifth of the world’s soy harvest is used for food that we eat. And this is mostly not genetically manipulated!

So, do you want to eat meat, milk products or eggs of animals that ate soy that is worse than in any vegan product? Meat is definitely the worst. But the problem is that most of the vegan products, in my point of view taste horrible, because it is just not the same if you eat real cheese or some product made out of coconuts, beans, soy or wheat, which has definitely not the faintest similarity with cheese. Also these products are very hard to get compared to our dairy products and it is hard if you always have to check the ingredients if you buy things.

I myself don’t want to eat only vegan products because although there is a replacement for nearly everything you need there are just too many difficulties. But I think it is good to get to know more about this topic so that one thinks twice the next time before one eats a yoghurt or orders a steak!