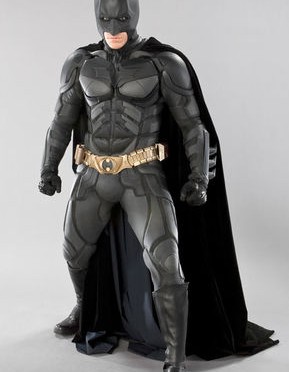 The psychology of the character of Batman, and his real identity, Bruce Wayne

Everybody who is moderately familiar with pop culture since the 1940’s has heard of “the Batman”. Two of the reasons the Dark Knight is such an icon among fans of the comics and the movies alike are:

Neither of these really sets him apart, do they? Well, there is a third reason that Batman’s character stands out:

Now, it’s no secret at all that the Caped Crusader’s origin story isn’t exactly the happiest one. To elaborate: if the Riddler were to ask him “What travels down an alley and has holes in it?”suffice it to say that Batman’s first thought wouldn’t be a bowling ball. However, while the Batman has a brooding personality to match a man who witnessed the shooting of his parents, his everyday persona, billionaire Bruce Wayne, is an entirely different matter.

To elaborate, Bruce, while his personality does vary across the many different interpretations, has mostly been Gotham’s spot of sunshine, cracking jokes and smiling, fond of social activities, and more! To contrast, Batman is the bogeyman for the criminals of Gotham; cold, sinister like a shadow.

The difference may be acting on Wayne’s part; either he really is the untrusting, grim Batman, or the smiling socialite Bruce Wayne. However, the drastic contrast between the two leads to a different conclusion: namely, that Bruce Wayne has a mental disorder.

Assuming that the World’s Greatest Detective does indeed have a mental disorder, the question as to which, out of the many that exist, is actually fairly easy to answer. “It’s obvious,” you shout. “Batman has Dissociative Identity Disorder!” It’s true! Also, congratulations on your right-off-the-bat (no pun intended) identification of a fairly complicated disorder.

After all, the most important symptom of Dissociative Identity Disorder, more widely known as Multiple Personality Disorder, is “the presence of two or more distinct personality states”. The personalities are clearly established, and the recently-released “Batman v. Superman” seems to confirm this in the scene in which he stares at the “Batsuit”, with a certain degree of fear, as if he knows that he is a different person when he wears it, a brutal one.

In 2012, Christian Bale even confirmed the theory in an interview, saying that “He is not a healthy superhero, he has multiple-personality disorder and is a very sad, lonely individual.”

The second symptom of DID, a higher than average amount of forgetfulness, comes into play if you squint hard enough. In the history of the Batman comics, the more notorious enemies of Batman have always ended up in Arkham Asylum, whose security is little beyond a joke. Despite the villains escaping each time they are locked up, they will inevitably end up in the exact same place, which indicates at least some amount of forgetfulness from Bruce Wayne.