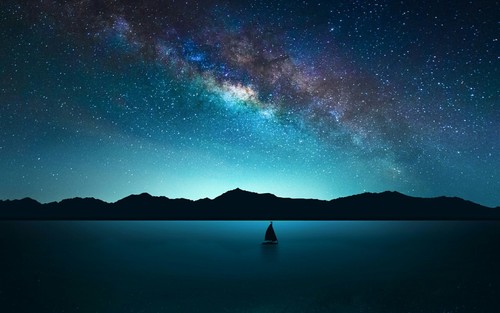 “You are all stardust. You couldn’t be here if stars hadn’t exploded, because the elements – the carbon, nitrogen, oxygen, iron, all the things that matter for evolution and for life – weren’t created at the beginning of time. They were created in the nuclear furnaces of stars, and the only way for them to get into your body is if those stars were kind enough to explode.  The stars died so that you could be here today.”

This is my favorite quote of Lawrence M. Krauss from his fascinating book “A Universe From Nothing” .  He explains where the humans and universe came from. Have you also ever wondered what are you made of?  I have and also found out some  mind-blowing facts . The facts that i’m about to share with are the most poetic things I know about science.

Let’s start from the formation of  stars. Stars are formed when clouds of dust and gas particles come together to form bigger masses. When the mass gets big enough, the resulting gravity combines these particles together, which causes a lot of heat and radiation. At some point, the mass gets big enough to where a star is formed. More than half the material in our bodies by mass  were formed in stars and are actually stardust sent out into the cosmos by supernova explosions. U might have never heard about supernova explosions and it’s totally fine. Supernova is the explosion of a star in which it increases its brightness by a factor of a million.

Therefore, the calcium in your bones, the carbon in your hair and the oxygen and iron in your blood – all those elements were created inside the hearts of very massive stars. But those stars had to die in supernova explosions and spread out tot he universe – which had to collect to make you.  Every atom in your body came from a star that exploded and stardust is just a simplified and romanticized way of describing the root of all elements that make up you and your surroundings.

Actually, not “everything” on Earth is stardust. Water, for example, is made up of hydrogen and oxygen. That hydrogen wasn’t in a star, but that oxygen was created at the core of a star that died billions of years ago. The same with carbon. But despite everything, If you ever feel empty or useless for some reason, just go outside at night, look up at the stars and see yourself and remember that you are here for astonishing things. After all, we are all just stars that have people names.