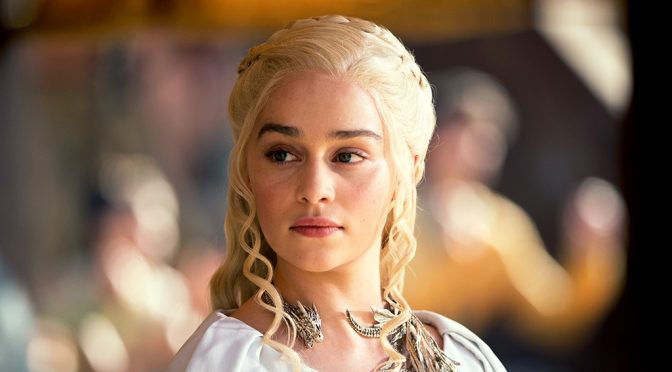 Interested in finding a new TV–show that you can give your full self to? Then you’re perfect here! I have written down some of the shows I’ve watched, or am watching right now and believe me, there are some really good ones. So forget about that homework for at least 45 minutes and watch that first episode!

With season 12 coming up and hundreds of supernatural beings showing up, this is my favorite show of them all. The brothers Dean and Sam have hunted creatures since they were little. Since their mother has been killed by a demon and their father has been a hunter since then and raised them to hunters. (And yes, they’re hot if you were wondering) From angels, Bloody Mary, dragons to Jefferson Starships and the list goes on and on. They’ve even included a freaking killer unicorn. I can’t explain the awesomeness of this show, you’ve got to watch it yourself! And last but not least, throw that salt in a circle and sing ‘Carry On My Wayward Son‘  in the black Impala.

That kind of show you can watch til 5 am on a Wednesday night. The show starts with the main character Rick waking up from coma to the world being destroyed by a virus, that turns people into zombies by being bitten. He is determined to find his wife and son, only for him to find out that they thought he was dead. They get together in a little group with other people and try to fight their way through. On their way, they find out that the zombies aren’t their only problem…

A comedy-show that shows the life of the head of the family Jay and his wife Gloria with her son Manny and their son Joe, Jay’s daughter with her slightly awkward  husband Phil and their three kids and Jay’s son Mitchell with his husband Cameron and their daughter Lily. The format of the show is like ‘How I Met Your Mother‘ but definitely not the same! And let’s be honest, you can definitely watch one season in a day. What I really like about this show is the individuality of the characters and that each episode tells another story that’s fun to watch!

You’ve probably heard about this one since everybody seems to watch it and the hype is definitely rightful! The story starts with Lincoln Burrows being accused of killing the brother of the vice president of the United States. Shortly before his execution, his brother Michael Scofield gets locked into

the same prison because he faked a bank robbery to save his brother from death penalty and help him escape. Definitely causes addiction!

The show starts in the Seven Kingdoms of Westeros where the king of the Iron Throne, Robert Baratheon gets killed by a wild boar (yes, he was drunk). After his death, his son Joffrey Baratheon gets crowned as king and the first thing he does is kill his father‘s best friend and hand of the king, Robert Stark. Now that the Stark family is in danger, they all flee and declare war with the Baratheon family. Meanwhile far away, Daenerys Targaryen (favorite character) gets married to Khal Drogo by her brother. The Targaryen children are the last of their family line and their ancestors were known to ride dragons. Now, with the help of Khal Drogo’s army they want to get the Iron Throne back into their hands. Next problem: the long winter is coming and with it supernatural beings.

In 6 seasons, a lot happens and it can be quiet confusing at the start but this show is awesome! Not all facts are out in the open and there are so many secrets that you have to find out your self without the show telling you. Also there are way more interesting characters than listed at the top! And by the way, the books are really good too.

I hope I could introduce you to some shows and I would love it if you would actually start to watch one, or leave a comment if you’ve watched a show already!