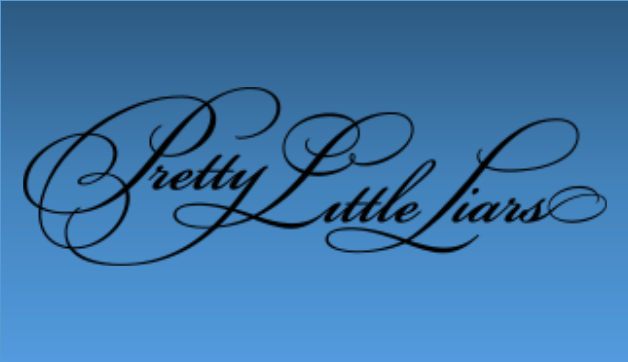 You probably know the TV-show “Pretty Little Liars”. It is about 4 girls who are chased and tortured by an anonymous person who calls himself ‘A’. In the middle of season 6 you find out who this person is. But in the second half of season 6, there is a new person haunting them: the ‘new A’.

I’m not really sure if I like this idea or not, because at first, when A was revealed in “Game over, Charles”, I was very curious how the show was going to continue. Later I read that there was going to be a ‘new A’. I thought that the show was now going to get very boring and repetitive, because it was going to be the same, or at least something similar to seasons 1-4. When I watched the episodes with the ‘new A’, I realized it’s not as bad as I had thought it might be, although it is still the same endless game, where the Liars always think they know who ‘A’ is and then realise that they are wrong.

I think the new A’s actions are very interesting and I’m already curious about what he or she is going to do next. Maybe, tell Spencer that Caleb and Hanna made out? I think that would be good, because I miss the old couples. Especially Spoby!

In general really like the new episodes (after the time jump), but there is one thing that drives me crazy. After all these years, the Liars haven’t learned a thing. They make the same mistakes as before. For example: why did Emily go to the Two Crows diner alone? I wouldn’t have gone there alone and I’m not being followed, stalked and tortured by some anonymous person. Are they ever going to think about the consequences before they do something?  Hopefully!

I am really looking forward to watching the new episodes and to hopefully getting some answers to my questions.

What do you think about season 6 and the episodes after the time jump?