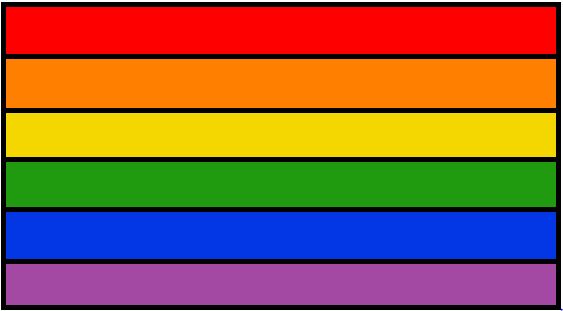 Many people would argue that queer representation on TV has improved a lot over the last few years. And it has. There is no denying that there are more non-straight characters on TV now than there were thirty years ago. But it isn’t as great as it is painted to be.

Since 1976, 11% of series on TV have had a lesbian or bisexual character, and of those, 65% have had a deceased queer character. 31% of lesbian characters no longer on TV have died and only 11% of those have had a happy ending. This phenomenon has a name: Dead Lesbian Syndrome.

There is a list of lesbian (recurring, featured in more than one episode) characters that have died, featuring 150 names, most of which met a violent death with an appreciable amount of gunshot wounds and different means of suicide. There was also a case of toxic envelope glue (Seinfeld) and falling off a stage (Pretty Little Liars) to kill off lesbian characters just to mix it up a little. To make matters worse, many of the deaths happen right after the characters validate their sexuality (e.g. by getting together with another character of the same gender).

People die. That’s a fact and there’s rarely a TV show with no deaths whatsoever, but the loss of a queer character weighs much more heavily, because there just aren’t that many other characters that are similar and could replace the dead one, as can be seen in this[1] analogy.

How The 100 Managed to Screw Up a Really Great Chance at Being Different:

I want to talk about one example in particular, namely the death of fan-favorite character Lexa, a surprisingly well-developed lesbian character portrayed by Alycia Debnam-Carey (ADC). Lexa was the Commander of the 12 Clans in the post-apocalyptic series ‘The 100’, which takes place in a world after a nuclear war has eradicated almost all of the human race. Her first appearance is in the sixth episode of the second season (2×06) and she dies in the seventh episode of the third season (3×07). She had a romantic relationship with the female lead character, Clarke Griffin, portrayed by Eliza Taylor. The pairing, also known as Clexa (curtesy of the many fans that rooted for the relationship) shared a kiss during the second season, but Lexa was forced to betray Clarke at the end of the season and leave her for dead. Clarke does not die, however, and they meet again during the second episode of the third season. After some struggle, they reconcile and their relationship is confirmed as they almost confess their love for each other and have sex. Less than a minute after, Lexa gets shot by a stray bullet fired by her father figure, and dies in Clarke’s arms.

The death has sparked a huge uprising from the LGBT community, especially the Clexa fans, who have gotten sick of the same old storyline being used and labelled with the term a ‘plot device’ or ‘shock value’. While it was known that ADC, who is also the main character in another series, was only going to be available for a certain number of episodes, it was the way Lexa died that had many fans so enraged. The most powerful character in the whole show was killed by a stray bullet not even a minute after her feelings were openly reciprocated. This is what made the reaction as huge as it was.

During the first few hours after the episode aired, social media outlets were filled with sadness, but after the initial shock wore off, the fans got to work to make something good come out of it and to prevent this from happening again, as well as to take revenge on the person who caused this, namely EP Jason Rothenberg. Before the episode aired, Jason (often referred to as JRoth) had tweeted that this was the best episode yet. He lost more than 50,000 (and counting) followers on Twitter (while ADC’s follower count has experienced a spike), he now has an extensive list of unflattering names, his Wikipedia page was edited multiple times and he has been called out by a few of the actors on the show. The fans got multiple hashtags trending on twitter, some of which are: “Lexa deserved better”, “CW fire Jason Rothenberg” and the biggest one “LGBT Fans deserve better”. More than 2.8 million people voted for Clexa as the best couple in a competition held by the website Zimbio, while only 1.5 million people regularly watch ‘The 100’. There has been an explosion of fan art and fanfictions fully disregarding the death and keeping the story (and Lexa) alive on their own and the Fandom has promptly taken it upon themselves to start a mass migration from ‘The 100’ to ‘Fear The Walking Dead’, the show which stars ADC as a main character.

The ratings for the episode on imdb (a website letting users rate TV shows) declined rapidly after fans realized that it had received 8.9 out of 10 stars and is now at about 4 stars.  Nobody working on the show had expected there to be this negative a reaction and they were kind of stumped on what to do, so the formal apology that was more of an excuse, really, came about a week too late. Before their apology was finally made, some of the cast had to go as far as to tweet out numbers and links to suicide hotlines.

The airing of the next episode only worsened matters, as it didn’t deal with Lexa’s death, but completely ignored it, as it only featured characters who didn’t know about it. To further push the show’s previous reputation as a trailblazer for inclusion down the drain, the eighth episode didn’t technically[2] pass the Bechdel Test, a test designed to measure the inclusion of women in movies and TV shows.

However, there is at least one ray of light to have come out of this situation. The Fandom set up a donation website for the ‘Trevor Project’, a suicide prevention hotline for queer and questioning youth and has so far raised $116.000 (as of the 8th of April).

Many may say that we are overreacting, that this is just a TV show and that it’s only fiction. And that’s true. It IS fiction. But it can have an impact on real lives. TV is one of the places a 13-year-old will look first if they start questioning themselves and their sexuality; it is a place where they should be able to have a few characters they can identify with and it is a place where they shouldn’t have to see almost everyone that is like them die. They shouldn’t have to see themselves die over and over and over again. Suicide rates of queer youths are three times as high as those of straight youths as it is, there doesn’t need to be another spike. As one Youtuber so eloquently puts it: “I’m f*cking tired of seeing myself die.”

Yes, it is only fiction, but that doesn’t mean it’s not real.

[1] This is about characters of color, but the concept is the same as with non-straight characters

[2] Since an AI doesn’t have a gender